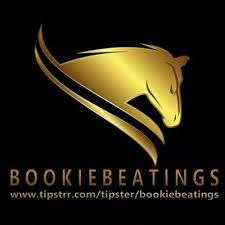 Unlike other tipsters who post a lot of loss days but then suddenly hit a big score, we offer tips that win you profit every week. This way, you limit your outlay, rather than spending a fortune waiting for that 1 good day, on the hope that you also do not miss that day which means a long wait for your next win. With us you will notice we have never gone more than 2 days without getting back into profit, doing it this way results in a constant stream of extra income.

Unlike other tipsters who post a lot of loss days but then suddenly hit a big score, we offer tips that win you profit every week. This way, you limit
your outlay, rather than spending a fortune waiting for that 1 good day, on the hope that you also do not miss that day which means a long wait for
your next win. With us you will notice we have never gone more than 2 days without getting back into profit, doing it this way results in a constant
stream of extra income.

Main man must be back again. Fantastic results this month. Nearly 300 points this year is pretty special.

by Tim Hoyle on Tipsters Review

Don't believe Mark. I finished my 3 month stint with BB on 27 Oct and there's no way you could have made £200 from 50p stakes. Anybody can have a losing run but a tipster has to give you confidence that they know what they are doing. BB doesn't. The most successful tipster I use (life membership) just sends out the selections without any comment. Gary Priestley who is the free tipster on tipsters review gives you details of how he's arrived at his selection. He's not always right but there's a serious knowledge of racing showing there. BB copies the Timeform analysis word for word. If there is a non-runner that's it with my other more professional tipsters. BB finds another horse to make up for the non-runner. If it's good enough to tip then why wasn't it tipped before? On emails he says he doesn't do Sunday races due to the lack of quality then sends through a selection. On football his record is very poor and after a loss said that's it with football then sends through a tip. Like I say unprofessional and there are plenty better out there. He had an exceptional 2 months in June and July thanks to multiples coming off but as time goes on he's looking more and more like a lucky punter than a professional tipster.

by  John on Tipsters Review

These guys made huge profits initially but I've been with them for about three weeks in which they've tanked about 30 points - £3k to the £100 stakes they base their figures on. They have a net loss now going back over three months. Don't know if it has anything to do with someone leaving as referred to in the last review but their returns have nosedived pretty spectacularly.

Agree with the previous review on the football tips as well - on the same night they tipped against Cardiff in Warnock's first game they tipped Forest to get beat at home against Birmingham despite Forest's home record at the time of W3 D1 L1 (Forest won).

Obviously it's a long term business and in fairness to them if you've been with them since the spring they'll still have delivered a good profit but they badly need a few winners now.

by Optional  on Tipsters Review

Won me a bit of money when I first joined, but I remember an email saying a partner had left and it has really been hit and miss from then on.
The football tips are really atrocious. Give them up! No research at all with them. Most recent was Neil Warnocks first game with Cardiff and the advice was to bet against them. Any football person knows Warnock always gets his new teams fired up.
Onto the racing. 2 out of 3 odds on shots in a Trixie one day just because there 'is not much on today' is rubbish really. Leave the racing alone then it's only one day.
The good point for this tipster are they are good at the big priced horses and I think that's what they should stick to going forward.
They do brag a lot about their good start but need to keep it up in this game to brag. Also you have to watch them in their emails about their points system as they sometimes send it incorrect in their favour. Even though you can see their correct stats on Tipstrr. 3 losers at 1 pt each and the day after they will send an email with just 1 point less than the previous days on the monthly stats.
There's a lot worse tipsters out there but plenty of room for improvement with this one.

by  Kirk on Tipsters Review

You won't regret following these guys. Sure they don't win every race but they also don't lose. I've never seen a tipster who manages their bankroll quite so well. Even on poor runs they simply do not lose. Look at the results and you'll notice at worst they stay even for the month which shows fantastic skill.

Not sure how anyone can give them a negative rating for not winning a race when 9 out of 10 picks if they dont win finish 2nd. I cannot remember a tip that didn't run well which goes to show just how spot on they are. I've followed tipsters before who's tips don't even finish in the first 10. These guys constantly pick them that finish 1 2 3. I followed them since their free tip saying Aiden O Brien horses would dominate the French race. They fin8shed 1st, 2nd and 3rd at 20/1 25/1 and 16/1. Fantastic tipsters.

They rarely tip favorites until they're needing to manage their bankroll and that for me is very admirable that they're not just tipping to hit the top of the table, they're actually managing theirs and their members bankroll properly. Give these guys a try and all I will say is if you don't win, you will not lose.

by Mark  on Tipsters Review

Decent service when all said and done. Been with them for 3 months and made a good amount of money. Nearly £200 and I use 50p stakes.

They don't send out many tips, usually 2 or 3 a day but I cant understand how some people have said the service is awful and they make no profit. I can only assume they've not followed the advice given as I do to the penny and have made profit. They're verified and the results clearly show consistant they aren't ever in a negative balance which for me is perfect because before them I lost quite consistently. Even on the very lean spells which I can imagine even the best go through, these guys are still level so you haven't lost a penny. In 6 months they've had 1 loss month and that was 5 or 6 points (from memory). Top service and I enjoy the emails after every race as a number of people have also suggested below and I can only imagine that if the emails are an issue for somebody then simply mark them as spam and don't read them.

I would give them 5 stars but for the price. £19 a month isn't too expensive but I would prefer it slightly cheaper as I only do small stakes. Maybe a sliding scale for what stakes are used. Keep up with the winners lads.

by The one and only on Tipsters Review

This tipster is nothing but a phoney who claims there making consistent profit daily/weekly/monthly yet scratch there bollox when asked where all this profit is! Claiming to be the best tipster around yet they do not even sit at the top the leaderboard so how is this false advertising allowed? Persistent emails about how close they were having a 20/1 shot "nearly" run into 4th and get a place really is degrading and utterly makes them look stupid. Don't give out tips if you can't afford to see them miss out. Thanks again

by  Al on Tipsters Review

I was with this service for a couple of months and it's awful. I cant believe these reviews the only one true one is Rolf! Just look at the results on the website and you will see they've made no profit in 7 months and the only profit they have made since they started was in one good week! Constantly emailing me childish bragging about amy type of winner even if it's a 6/4 favourite! It was so annoying I had to change my email! Pathetic.

by Dan  on Tipsters Review

£3000 profit from £10 stakes fully verified. It would be interesting to know if anyone else has this kind of record. Fantastic results. Huge 20/1 winners etc. Love these guys.

by   on Tipsters Review

Held off for a while before giving an accarute review.

October they've won me a huge amount and today a 20/1 winner to start the day.

Only send 2 or 3 a day so it's ideal and to get this good of a strike rate with such a small amount of tips is amazing.

I'm sorry, but anyone who finds they dont like these guys clearly doesnt know how to manage their bankroll. Fantastic advice on every tip, they send emails after every race win or loss just incase you missed the race and are honest. 5 stars all round.