ASTERION FORLONGE – He was very well-fancied in the 2020-running of the Supreme Hurdle at Cheltenham but blew away any chance of winning by jumping markedly out to his right at almost every flight. He hasn’t been that convincing over the larger obstacles either, falling on his first two starts in this sphere and unseating the last day when coming there with a strong challenge in the Grade 1 John Durkan. He is a two-time winner over fences, but they have come in a beginners’ & novice chase and he might just get caught again in the jumping department at the highest level. He is a risky proposition with both his jumping issues and also the fact he has never ran over a trip this far yet, but if the pace is a slow one then he might be able to get into a bit of a rhythm. He is capable of playing a leading role in this year’s King George VI with a clear round.

CHANTRY HOUSE – This seven-year-old is progressing nicely as a chaser having only tasted defeat once in six starts over fences. He was a slightly fortunate winner of the Marsh Novices’ Chase at the festival, with odds-on favourite Envoi Allen an early departure, but he kept on well up the hill over 2m4f to win by a cosy three-lengths with Asterion Forlonge back in third. He again got lucky with a faller in the Mildmay when winning by 32-lengths, stepping up to 3m1f for the first time, though he was still travelling well enough that day and would probably have still won a tad comfortably. His return to action saw him win by a similar distance at Sandown in a match with The Big Breakaway, so you can’t read too much into that piece of form, but he jumped really smoothly and looks to have improved in his second season as a chaser. I can see him going very close here.

CLAN DES OBEAUX – He won back-to-back King George’s (2018 & 2019) before coming up short in third place in last year’s renewal behind stablemate and the re-opposing Frodon. Since that defeat, and one also at Newbury in the Denman Chase, he posted his two best RPR’s with victories in the Betway Bowl at Aintree before going on to win the Punchestown Gold Cup, beating dual Cheltenham Gold Cup winner Al Boum Photo by a length-and-a-half. That came back in April and he has not been since, which is a slight concern as he tends to fare better after having a reappearance run, but this would of course have been his target for the season and I’m sure Paul Nicholls will have him in as good a shape as he can. 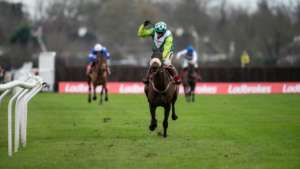 FRODON – Last year’s successor having bellied his 20/1-odds to score by a cosy two-and-a-quarter-lengths and like always he just kept giving for Bryony Frost. He made a winning return at Down Royal, when again showing guts in the Grade 1 Ladbrokes Champion Chase, with Minella Indo back in third. There’s every chance he will go close yet again, especially if given an easy time of it upfront, he has good course form with three wins from four outings at Kempton (the other was when falling) and the ground conditions will pose no threat to him, having won on a variety of terrains. He can go close if running anywhere near his best.

LOSTINTRANSLATION – A horse who I was very sweet on back in 2019 for this contest after winning the Betfair Chase nicely, beating multiple winner of that race, Bristol De Mai at Haydock. However, he was subsequently pulled-up in the King George and did so again last year, which begs the question, is this track on the sharp-side for him? He won the 1965 Chase at Ascot on his return, as a prep run for this, but back over this C&D, and another year older, I can’t really see him making his presence felt again I’m afraid.

MINELLA INDO – Last season’s Gold Cup hero, who seemed to relish the stamina test in which that race provides. That was his first attempt over a distance that far (the extended 3m2f) and there’s a slight suspicion that he might just be best over those sorts of trips, and with Kempton more of a speed track, I wouldn’t be completely convinced that he’ll enjoy it as much and this looks slightly on the sharp side. He was held by Frodon on reappearance at Down Royal and he would need to improve on that run to win this in my opinion. He is more than capable of doing that but I’m happy to oppose him.

MISTER FISHER – Recent form figures are quite patchy having only completed two of his past five starts. One of those was when winning the rearranged Peterborough Chase at Cheltenham (moved from Huntingdon) over 2m4f on soft ground. He’s been pulled-up twice which doesn’t give too much confidence in a race with this much depth. However, he may have untapped potential over this trip, with his last two outings coming over similar trips to this bare 3m. He unseated in the first of those just after halfway when travelling well upfront in the Aintree Bowl, before being beaten a neck behind the re-opposing Frodon when last seen in April. That latter run gives his followers slight optimism that he may outrun his current odds, though he is the stable’s second string.

SAINT CALVADOS – Ran a good race in last year’s renewal, when looking like he was coming into the home straight with a strong challenge, but he looked like a non-stayer, having weakened inside the final couple of furlongs to finish a held fourth. He again looked as if he was slightly behind the bridle at Sandown on his final start of last campaign back in February, before unshipping his rider. He’s coming here a fresh horse after a ten-month lay-off on his first start for Paul Nicholls – who has a great record in the race – but, for me, he is much more suited to middle-distance races. So, with that in mind, he will do well to win this and may have to settle for a place at best.

TORNADO FLYER – Third in the Ryanair (over the extended 2m4f) when keeping on well up the Cheltenham hill, before similarly doing the same in the Grade 1 John Durkan when fifth over that middle-distance. He steps up to 3m for only the second time, so he is thoroughly unexposed as a stayer, but that previous attempt saw him beaten 37-lengths in the Savills Chase almost a year ago to the day. He’d need to prove that he can stay this trip and, in my opinion, he will struggle to do that against the opposition he faces here.

Paul Nicholls has tasted success in this race no less than twelve times and he holds a strong hand once again with him saddling a third of the field. Dual King George winner Clan Des Obeaux heads the betting and rightly so with two good wins in his last two starts and the only worry for him is that he has not had a prep run but I’m sure Nicholls would have him in great shape in an attempt to land a third win in the race. He also has last year’s winner Frodon in the line-up, the nine-year-old will be looking for back-to-back successes, and he is more than capable of running these ragged from the front again, though he may not get it his own way upfront this time around. Minella Indo is the highest rated horse in the race after his Cheltenham Gold Cup success but the tight nature of this track may not suit him, whilst Asterion Forlonge comes here with risks having failed to complete in three of his eight starts over fences, though could go well with a clear round. So preference is for up and coming chaser CHANTRY HOUSE for Nicky Henderson. This is his hardest task to date but he is improving well and should make a bold bid to give his trainer a fourth win in the race. Stablemate Mister Fisher may surprise a few at big odds, but will do very well to win this.