A second tilt at the Queen Elizabeth II Stakes at Ascot is the most likely next objective for Benbatl following his return to winning ways at Newmarket last week.

A Group One winner in Dubai, Germany and Australia, Saeed bin Suroor’s stable stalwart returned from almost a year on the sidelines with a narrow defeat in the Celebration Mile at Goodwood last month. 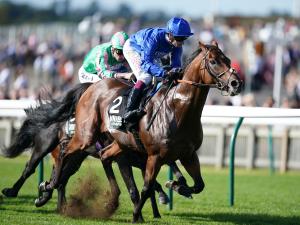 Bidding for his second Joel Stakes success over the Rowley Mile on Friday, Benbatl proved he is no back number with a popular victory and he could now head for Qipco Champions Day at Ascot – provided conditions are suitable.

The seven-year-old disappointed when favourite for the 2019 QEII in heavy ground and Bin Suroor will not make the same mistake again.

“He is in very good form – he has come out of the race very fresh and happy,” said the trainer.

“The plan now is to run him in the QEII, as long as the ground suits him – he doesn’t like soft ground.

“He is entered in the Champion Stakes on Champions Day as well, so we will see.”

If Benbatl does line up at Ascot, it appears unlikely he will head for the Breeders’ Cup two weeks later, while a decision on whether he will return as an eight-year-old in 2022 will not be made until a later date.

Bin Suroor added: “He will have one more race this year and we will see how he runs before we decide about next year.”