Sean Dyche urges Burnley to go on the attack at Anfield

Burnley boss Sean Dyche thinks his side’s best form of defence against Liverpool at Anfield is to attack.

The Clarets’ recent record on Merseyside reads better than most, with a victory and two draws from their last five visits – including last season’s 1-0 win which ended the Reds’ 68-game unbeaten home run.

Dyche admits it is a big ask for his team to repeat the success they had in January – but not impossible.

“I don’t think our win there last time will make us more optimistic, we caught them at a very good time and we played very well,” he said.

“Last season they had some injuries, lost (Virgil) Van Dijk who is a Rolls-Royce player, and we maybe caught them at a slower period and earned the right to win a game.

“That is the equation you need. We will have to have the same equation, but there is no guarantee of doing that again.

“It is about how many attacking options you can find and how many different ways you can attack, or attack enough, to put doubt in the opposition. It is not an easy task but that is certainly part of our intention on Saturday.” 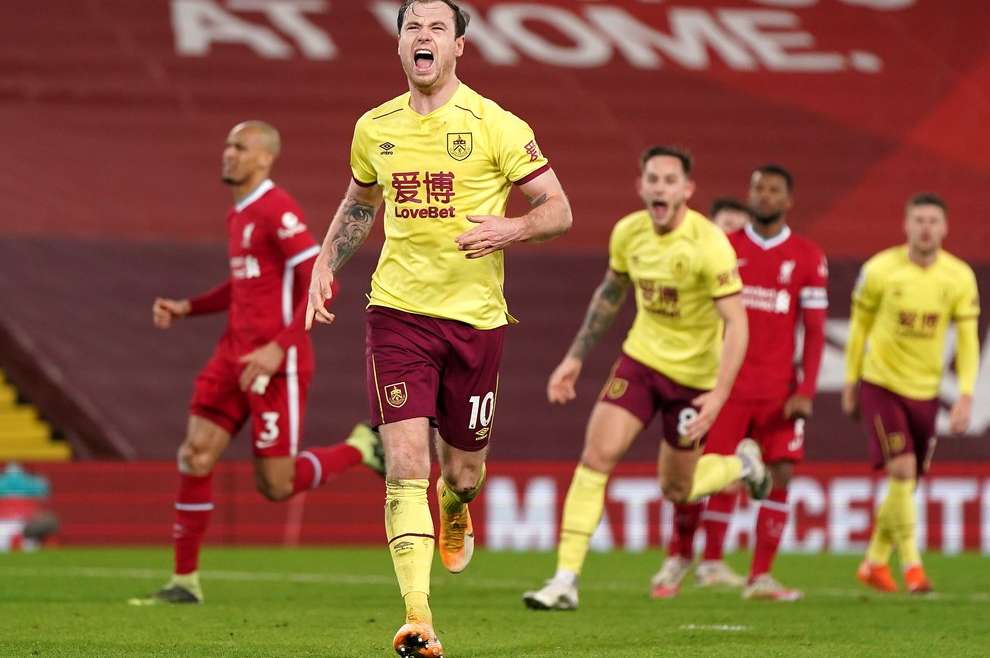 Burnley have won away at Arsenal, Liverpool and Manchester United over the last two seasons.

“Often in these types of games the best form of defence is attack, but we have to get the mixture right to give ourselves a chance,” said Dyche, whose side began the campaign with a home defeat to Brighton last weekend.

“We’ve just got to concentrate on what we do, focus on what we do, work very, very hard – as you always have to at these clubs – and once again, try to turn around the kind of thinking from most in football that you’re going to get beat.

“It is very tough going to these places and winning games. You have to work hard. When you have the ball you have to optimise and maximise the chances.”

Dyche will have an unchanged squad for the trip to Anfield. Midfielder Dale Stephens and defender Kevin Long both missed the opening-day defeat to Brighton and they will remain absent as they continue their recoveries following surgery.

Phil Bardsley is fit again after his hernia operation and the full-back will hope to play, having been a substitute last weekend.