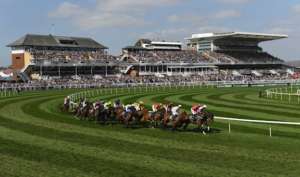 The Grand National – Who’s Hot And Who’s Not?

The Grand National is most hotly anticipated event of the UK racing calendar and it’s fast approaching, tipsters, bettors and bookmakers are already eying up the field to pick out this year’s strongest favourites.

The biggest National Hunt race on the planet will take place on Saturday, April 9 at 13:45 at Aintree Racecourse in Liverpool. We take a look through the list of confirmed runners and single out those with a fighting chance of taking the prestigious title.

A packed race with so many variables means the National is never a stranger to some serious upsets and outside chances, making a lot of people extremely wealthy in the process. Perhaps this is why around the world, those who normally wouldn’t, are happy to make an exception on Grand National day and take an each way or on the nose punt.

Entries for the race close on the 29th of January and result in a longlist of over one hundred potential runners. This number is then whittled down to just 40 (plus four reserves) over the following months until the final confirmation on April 8.

Weights are announced in mid-February and are a strong indication of who will eventually run come race day. A handicapper will take into consideration a horse’s form and whether they are proven or not over long trips—the National is a four mile two-and-a-half-furlong marathon including 30 jumps so it’s for those built for stamina.

The Grand National is a handicapped race which means additional weight is added to horses that are believed to be stronger in order to level the pack. The British Horseracing Authority’s Head of Handicapping, Martin Greenwood decides how much weight/handicap should be added, from a minimum of 10 stone to a maximum of 11 stone 10 pounds including the jockey and saddle.To make up the additional load, lead weights are carried in saddle pads which are carried by the horses. The impossible goal of the handicapper is to have every horse come past the finishing post at the same time.

Betting on the Grand National is a case of trying to predict which horse can overcome its handicap. Since 2009, six of the winners have been horses carrying a handicap of at least 11 stone. This perpetuates the view that those at the higher end of the handicap spectrum are not at as much of a disadvantage as once thought. 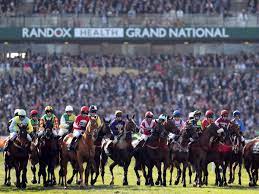 Among the Grand National 2022 confirmed runners are:

Last year’s winner would be a strong favourite if they make a return appearance at this year’s national. Rachel Blackmore became the first female jockey to win the race on the then eight-year-old. Trained by Henry De Bromhead who took the one-two with outsider Balko Des Flos taking second place.

Good money is on Galvin who is in tremendous form. Five wins and a second place out of the last six outings for the seven-year-old. Including the staying National Hunt Challenge Cup at Cheltenham, put him in good stead for this year’s National. He’s proven over that distance and recently too.

Well backed at last year’s National and for good reason—finishing 3rd with jockey Mark Walsh. Any Second Now will make a strong contender this year too.

Narrowly missed out on the cut in 2021 but will be back this year to try his luck again. The second of trainer Gordon Elliott’s horses on this list, Run Wild Fred looks promising. Especially off the back of a second place at the Irish Grand National in April of last year. Experts think a bit of rain at Aintree and this horse would feel right at home.

A young Farclas came in 5th last year at the 2021 Grand National. As an eight-year-old he will be much better suited and 2022 could be his year.

A first place in the Kim Muir Challenge Cup steeplechase at Cheltenham in 2021 turned some heads. Another from Gordon Elliott’s fold, the eight-year-old filly will have one more outing to prove herself at the Cheltenham Gold Cup before April’s Grand National.

A former Irish Grand National winner and now a nine year old gelding with good form. Burrows Saint rewarded each-way punters at the 2021 Grand National with a 4th place finish. Looks to put up a good fight again this year and he may well do. But will have to dig deep to find the extra stamina and that’s not assured.

Secret Reprieve waltzed home for a win at last year’s Welsh Grand National at a distance he’d not tackled before and narrowly missed an inclusion at 2021’s Grand National. He hopes to test himself further at this year’s National. But sceptics have one eye on his jumping ability that has been known, on occasion, to be a little low.

Grand National fervour only crescendos from this point in the year to the big day in April. Many hope to be back in the running along with several maiden outings at the prestigious race.