Join 1,000s Of People Who Receive Expert Tips From Proven Tipsters
Straight To Your Inbox! 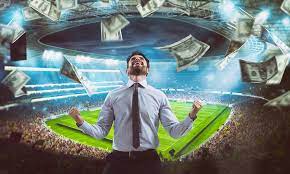 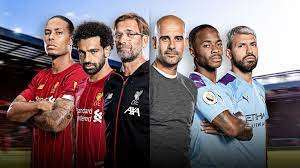 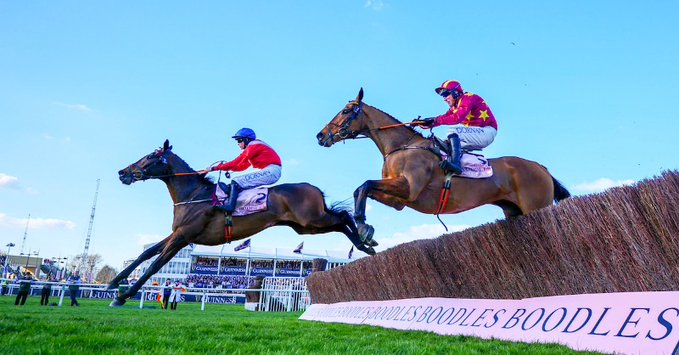 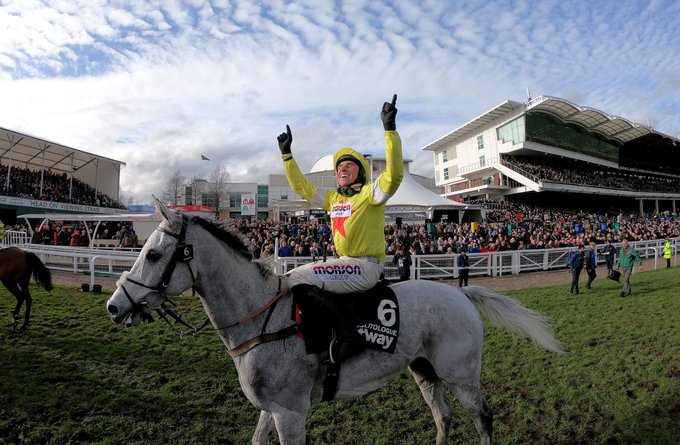 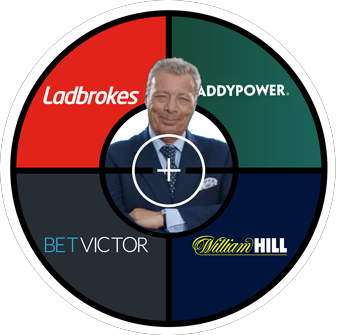 Bookies Enemy No1 is a very popular service that has been around for over ten years now and has always appeared in the higher echelons of review sites during that time. 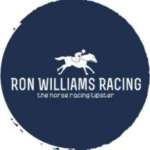 At the time of starting this 90 trial of Ron Williams Racing he is currently the highest ranked service on Tipsters Review with 261 reviews and a 5 star rating. 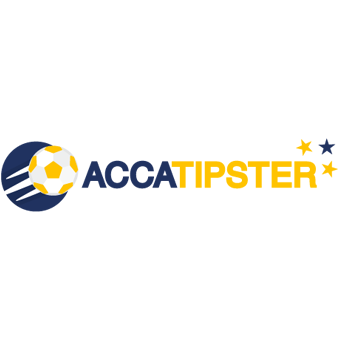 As the name suggests Acca tipster is a football accumulator based tipster service that provides selections across all major football leagues but has a main focus on the English Premier League. 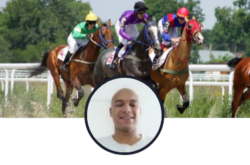 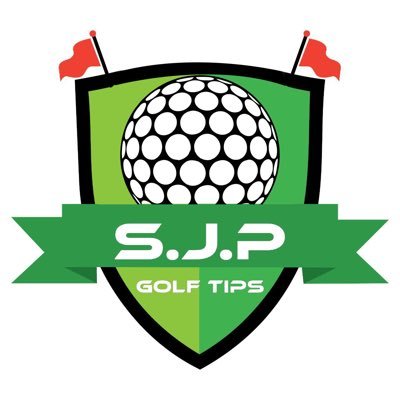 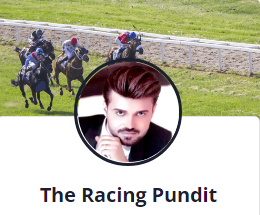 If you are looking to improve your online sports betting, you have come to the right place! Whether you are an experienced punter with a wealth of knowledge or a total novice when it comes to gambling online, our wide range of onsite features have something for everyone.

Looking to find the best online tipster services and betting sites? With over 3000 unbiased sports betting reviews covering horse racing, football, and sports tipsters, betting systems and more, Tipsters Review will help you find a service that meets your requirements. Unlike others sports betting sites that offer just one ‘expert opinion’ on a service, Tipsters Review allows you to get real life opinions from real life punters just like yourself.

Ever wanted to try a betting advisory service without having to sign up first? No problem! Each week we put a subscription based service to the test through our live tipster trials. A new trial will begin every Monday and the tips from the service in question will be sent out via email and posted online as soon as we get them from the tipster themselves. Every day you will have full access to free horse racing tips, free football tips, free gold tips and more; just like being a member of a different service each week, but for free!

We have our very own horse racing experts who provide free horse racing tips every day of the week. Gary Poole (AKA  Bookies Enemy No1) as well as Quentin Franks and Richard Hanbury (Hanbury Racing) who are all regular contributors to our daily free tips.

Much the same as the free daily racing tips, Tipsters Review also provides free football tips and predictions from football betting experts. With free football tips covering all major leagues such as the EPL, EFL, La Liga, Bundesliga and more, you will never be short of expert betting advice every weekend. To make sure you are accommodated throughout the week, Champions league tips and Europa league tips will also be available.

If you are just starting out with online sports betting, make sure you grab yourself some of the free bets and offers available from the UK’s most popular Bookers.

Each evening between 5pm & 7pm ‘Bookies Enemy No1’ our resident horse racing tipster will offer his expert opinion on the following days racing. All of his selections are thoroughly researched and come with full analysis. Click below to access today’s free racing tips.

Each and every week Tipsters Review puts a sports betting service under the microscope with our live 7 day tipster trials. You can find out more information about this weeks trialist by clicking the read more button below and in doing so you will have free access to each and everyone of their daily selections.
Read More

Stuart Priestley is a PGA professional golfer providing weekly golf tips tips and even previews from golf tournaments from around the globe. The Sports Betting Stars tipster Using his vast experience and knowledge of the sport, Stuart has amassed large amounts of profits whilst maintaining a very impressive Return on investment along the way…

Great tippingservice with professional insights. I have followed him for more than one year and he has provided a steady stream of winners. My betting bank has grown a lot within that time 🙂 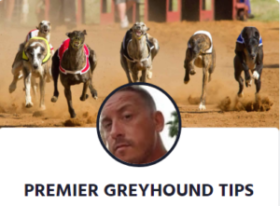 I became a member of Ehsan's tipping service 'The Racing Pundit' on 9th March 2022.

Since then I have watched my betting bank consistently grow overall.

There has been ups & downs, thankfully more ups than downs.

And members have enjoyed some really nice big paydays.

These seem to occur on a Saturday for some reason.

One memorable day was Saturday 30th April we were about 20 pts down at the start of the day.

April was a pretty bad month, at that time Ehsan had a clean record with no losing months.

It looked as though April was going to be his first ever losing month since the service started back in November 2021.

That alone speaks volumes, you know you're in good hands with Ehsan.

How many other tipsters can say that they have never had a losing month over a period of five months.

Five profitable months in a row (What!).

But, you would have doubled it again (What!), now that is a wake up call.

Ehsan manages to do what others can only dream of, that is the caliber of the man.

I don't know how he does it, but somehow he manages to work his magic.

So here we are on the last day of the month of April, 20 pts down things didn't look good.

It was a cert that the negative P/L for April was likely to increase by the end of the day.

Did Ehsan manage to turn that negative P/L into a positive one.

You bet he did (no pun intended) and not only that but he did it in style.

He managed to find a 66/1 winner (What!) Redarna, I'll never forget the name of that horse.

And with the help of Redarna we ended the month +7 pts up (What!).

But, to make that in a day is outstanding. I should have made a little bit more, but I made a mistake.

Instead of £5 each way, I accidentally placed £5 on the win, I didn't tick the each way box on Betfair Sportsbook (Doh!).

And that day he was definitely on fire (wow!), what a day that was, I still can't believe it.

On that day alone all members would have grew their start bank by more than a third (What!), just amazing!, mind blowing!.

Incidentally Redarna is the biggest priced winner I've ever had in my life, I have previously had a 50/1 winner but that was with BOG.

I remember thinking at that time if this horse gets placed then the return will be nice.

But, at no point was I or anyone else expecting this horse to win, who would?, Ehsan maybe?

His insight is something else!

Not including July as we are in the month of July as I write this.

Ehsan has had six out of eight profitable months, with May & June being the only two losing months.

The P/L combined for May & June was just (-9pts), which is trivial.

But the profit before the two consecutive losing months was an unbelievable (+165pts) (What!).

To make that kind of profit in that short space of time is unheard of, it just doesn't happen.

Some might say, couldn't happen, myself included, but the stat's don't lie.

When they made Ehsan, they broke the mould.

The one thing that really stood out to me about 'The Racing Pundit', and I would say is it's USP, is that you only need a 75pt start bank.

I have never seen this in any tipping service before, and I have been a member of quite of few of them down the years.

The bare minimum I have seen is 100pts, but they usually recommend 150pt bank to be safe.

The more confident the tipster is, the less points are needed.

The less confident, the more points are needed.

Some of them require a 400pt start bank (What!), it would take you forever to double it.

How confident are they in their system, not much.

And you have to ask yourself, how confident is Ehsan, I'd say very!.

To sum up 'The Racing Pundit' is a premium tipping service, but at a budget price.

Ron is consistent and gets some really good priced winners. A very good investment. 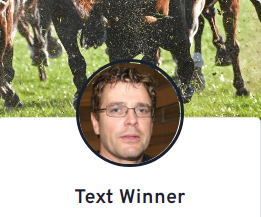