Having watched his team concede three times at home in the UEFA Champions League for the first time in his watch, Diego Simeone was miffed. He watched his side recover from a terrible start, going 2-0 down in the early stages, to be equal, 2-2, at half-time thanks to a brace from returning star Antoine Griezmann.

As Simeone played conductor to get the Atletico fans onside, the coach began to berate his team to find another gear again as they started the second half slowly.

As the temperature raised, though, Griezmann lunged high to try and win a ball in the air and inadvertently kicked Roberto Firmino in the head – red card. The red card seemed harsh, but on replays it was arguably justified. However, from then on, Atletico looked rattled. As the game wore on, Liverpool got a late penalty after a mistake in defence seen Diogo Jota pulled to the ground in the box.

Mo Salah, who scored the opener, put the second goal away and left the Reds with a 3-2 lead.

Not long after, though, Jota himself committed a similar mistake in the box and fouled Jose Gimenez. After much dispute, though, the penalty was overturned and both Simeone and the crowd lost it. The Argentine coach was furious with the decision, and at full-time he stormed down the tunnel immediately. Liverpool coach Jurgen Klopp, waiting for his handshake, took a tirade at the escaping Argentine and forcefully instead spoke with his coaching staff. After the game, Klopp spoke to UK broadcaster BT Sport and said: “We don’t like that, but yes, the situation is clear. I want to shake his hand. His reaction for sure, like mine, was not so cool. 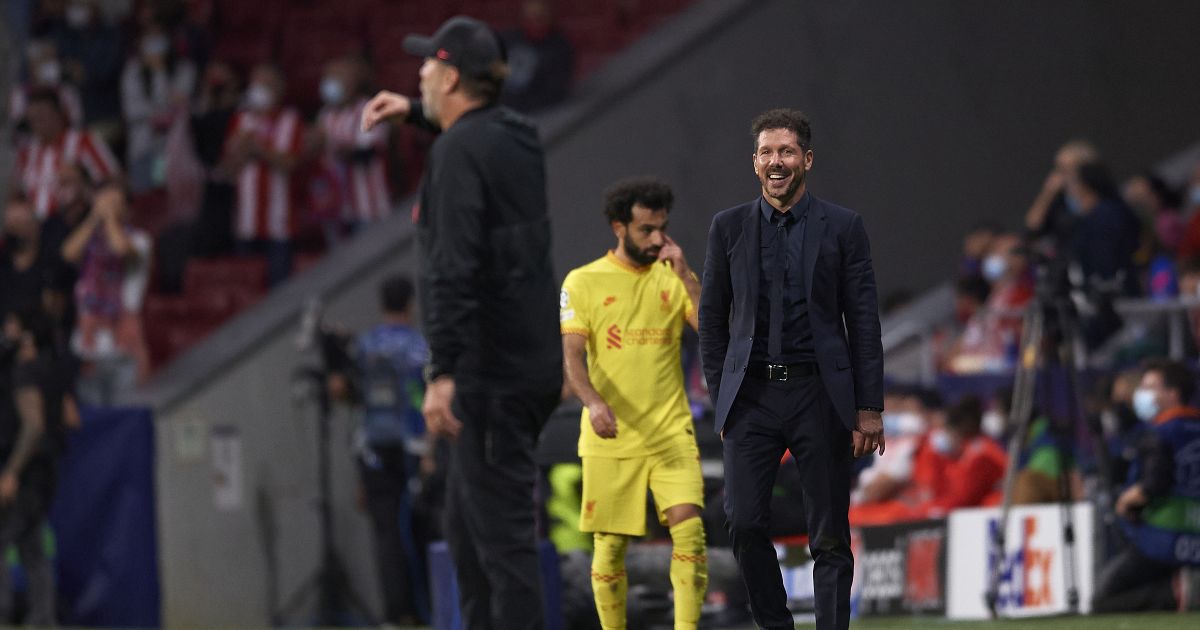 The Reds coach, though, soon looked to diffuse the issue, saying afterward: “The next time we see each other we will definitely shake hands. It’s nothing. He was obviously angry, not with me but with the game. There is nothing else.” He even got irate at a reporter from a different station, telling the reporter he “was not a good person” for trying to make so much of the moment.

Keep an eye on football latest news, rumours and transfers at Sportindepth website. Quite many good writers are contributing to it. Tim Vickery, Tom Kundret and Greg Lea are among them.

What did Diego Simeone say about not shaking hands?

However, the Atletico coach was clear that this was a miscommunication as opposed to anything rude. Speaking to the press after the game, the coach offered a rather blunt assertion as to why he did not shake hands with Klopp.

In his conference, Simeone said: “I never shake hands after a match, because I don’t like it… It isn’t healthy for either the one who wins or the one who loses. That’s the way I see it. But now when I see him I will shake his hand without problem.”

While some might see that as poor etiquette, there are few bigger winners in football than the current La Liga champions manager and as such moments like this can be almost expected from such a fiery and aggressive character.